Skip to content
HomeKnow about itWhen is The Next Leap Year: You Should know about it and Know how to calculate leap year
Share it

Next Leap Year: You Should know about it

What is a leap year:

According to the most widely used Gregorian calendar worldwide, 1 additional day is added every 4 years. This day joins in February, making this month 29 days instead of 28 days.  and this added extra day is called Leap Day and this year is called Leap Year. For instance, the year 2020 is also a leap year, ie its February is 29 days. In easy terms, the year that the remaining zero is divided by 4 will be a leap year, but only that century will be a leap year, which is completely divided by 400. According to this, the year was 2000 leap years, but 1900 was not leaped years.

Leap Year Calculator: How do we calculate leap year:

The year 2020 is a leap year, only then we are all going to office or college for 29 days instead of 28 in the month of February. The 29th day is called Leap Day. Now the first question, why did this happen. According to Britannica, it can be said that if our calendar and the geographical seasons of the earth are in sync with each other, it is necessary to add a leap day to the calendar. In the absence of a leap year, a gap of a few centuries will result in a large gap between the seasons and the months of the calendar. That is, it may be that in the month of June, there is a severe winter in the whole world, or in January there is a severe summer season.

A NASA website spaceplace.nasa.gov states that it takes 365 days and about 6 hours for the Earth to complete one round of the sun, while the calendar has only 365 days of the count. Now people will say what is the importance of 6 hours in a year. So let us tell you that if these 6 hours are removed from the calendar forever, then after many centuries, there will be a big difference in our calendar months and seasons. That is, the month of the calendar will be something and the Earth’s season will be something else. and this will collapse the system of the calendar itself. This is the only reason that the time is not counted for 3 years (6 + 6 + 6 + 6 = 24 hours i.e. 1 day) ie 1 day is added together in the fourth year. By doing this, the mathematics of the calendar remains absolutely correct. One more thing, the reason behind adding leap day in the month of February is that by doing this, the system of the days of any other month does not deteriorate, only in February, it becomes 28 + 1 = 29 days. 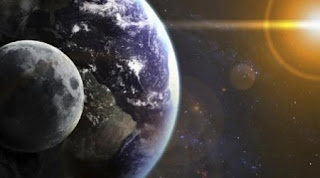 The easiest way to know a leap year is to divide the digits every year, such as 2020 by 4, the year in which no remaining or decimal numbers are divisible by dividing the year, that year will be the leap year.
For example, by dividing 4 by 2021, the result is 505.25, ie this year cannot be a leap year. When we divide 2024 by 4, the result comes to 506, now this year will be a leap year. In this way, you can easily know which year is the leap year and which is not. Accordingly, in the 21st century, there will be leap years 2024, 2028, 2032, 2036, 2040, 2044 and so on. Every fourth year after 2044 should be leap year from this logic. But one more thing to note here is that the century will not be 2200 leap year, whereas the year was 2000 leap year. The formula behind this is that the century which is divided not by 4 marks but by 400 marks, will be the leap year. When (2200/400 = 5.5) is not completely divided by 400, it will not be a leap year.
Finally, we can say that every fourth year is not a leap year, because in the case of the centenary year the rule has been changed. The rule to divide the century by 400 was imposed for a particular reason. NASA says that the Earth takes exactly 365 days 5 hours, 46 minutes and 48 seconds to circle the sun. In this case, the remaining 6-6 hours after 365 days are adjusted by leap year in four years, but by doing this the time of about 13-14 minutes is added more every year. That is why the difference is increased by dividing the century by 400.

Thank you for subscribing.

we respect your privacy and take protecting it seriously

Thank you for subscribing.

The form collects name and email so that we can add you to our newsletter list for project updates. Checkout our privacy policy for the full story on how we protect and manage your submitted data!